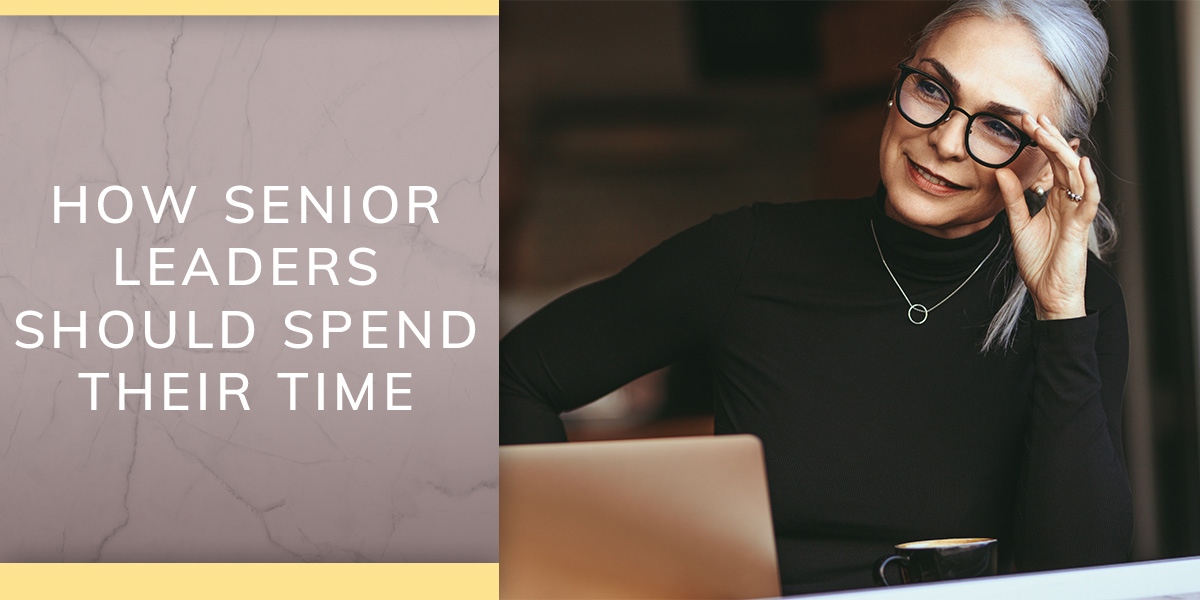 How CEOs Should Spend Their Time

I'm a big believer in reminders. Samuel Johnson, the 18th-century author, once said that "people need to be reminded more than they need to be instructed." I've learned this in the context of managing my own life, in the parenting of my children, and even in consulting to CEOs and other leaders. Which is why I wasn't all that surprised when a long-time client recently asked us the question, "as a CEO, I'm not sure how I should be spending my time every day."

Here was a guy who has been using the organizational health concepts from The Advantage in his company for years, but who had lost sight of how those concepts should relate to the prioritization of his daily activities. Basically, he needed a reminder, which prompted me to write this essay.

The simplest answer to his question is this:

"A CEO should spend most of his or her time doing the things that only he or she can do. Anything else can be delegated, and should be whenever possible."

CEOs should spend most of their time doing things that will impact these four areas, directly or indirectly. And of course, they have to spend time fulfilling their legal and fiduciary responsibilities related to shareholders, boards of directors, and any other requirements that only they can do. But the most time-intensive responsibilities relate to the four activities around organizational health.

How much time does each of these activities require? That will depend on what is going on in a given organization at a particular time. But it will be a constant effort, one that requires a CEO to leave big chunks of his or her schedule open to address issues as they surface. Unfortunately, most CEOs fill their schedules with appointments and meetings based on requests from the endless number of people who want their attention. Needless to say, this is a problem.

If the leader at the top manages these four areas well, he or she can delegate most everything else and feel confident that the company will be fine. Does that mean the CEO should delegate everything else? No. If the top four responsibilities are being managed properly and the CEO has more time, then it is fine for him or her to take on more responsibility. But again, that's only if those four responsibilities are being adequately addressed.

What too many chief executives do is invest their time doing the activity that they find most interesting, or which they are best at. If they were previously the VP of marketing, they spend time tinkering in marketing. If they were once a CFO, they delve into finance and spend their time there. Instead, they need to stick to what only they can do, and when possible, help in other areas based on the needs of the organization, not their personal curiosities or preferences.

If a CEO were to read this and think "I don't want to work on those things. I like spending time in the areas that I find interesting," then he or she should really stop and consider whether the CEO job is right for him or her. And I don't say that lightly. Being the chief executive of an organization is a responsibility that cannot be delegated, and certainly not abdicated. Unfortunately, because of the ill-defined nature of the job itself, it all too often is.

Patrick Lencioni is founder and president of The Table Group, a firm dedicated to providing organizations with ideas, products and services that improve teamwork, clarity and employee engagement. Pat's passion for organizations and teams is reflected in his writing, speaking and executive consulting. He is the author of several best-selling business books with over six million copies sold. Prior to founding his firm, he worked as a corporate executive for Sybase, Oracle and Bain & Company.